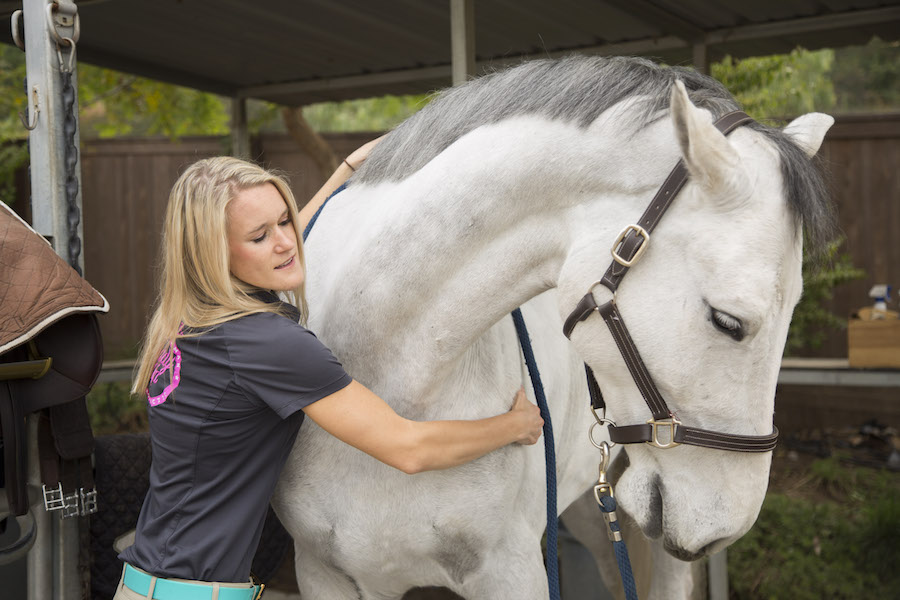 Dr. Bek is the owner of Giddy Up Chiropractic, an equestrian rider, and Doctor of Chiropractic for horses, riders, dogs, cats, livestock, and exotic animals. Her primary specialty is with horses and riders. She has been riding and competitively showing horses since childhood. The combination of Bek being a rider and chiropractor gives her work an elite level of expertise in the equestrian and horse-racing industries.

Bek had her first personal chiropractic experience at age twelve when she was thrown from her horse, trampled and severely injured. Her posture was steadily creeping into a forward posture, compressing her diaphragm and ribcage, causing breathing problems. No one had answers until her mother took her to a chiropractor. In addition, she had a second experience with chiropractic, ten years later, when that original accident had lingering effects and began to compromise her reproductive health. Her double encounter with chiropractic’s results, finally led her to make the decision to become a chiropractor.

Dr. Bek graduated from James Madison University in 2012 with a Bachelor of Science in Kinesiology: Sport & Recreation Management with a business minor. She graduated from Life Chiropractic College West in 2016 with a Doctor of Chiropractic. Bek received the clinical excellence award for her graduating class, initially worked as an associate doctor in Washington state, and started her own chiropractic business, Giddy Up Chiropractic, within the first year of practice.

Giddy Up Chiropractic provides mobile concierge care for humans and animals in the Greater San Diego area. Dr. Bek does travel outside of that area for select clientele and events.

Her unique roles of being an animal chiropractor, women, and millennial bring a unique perspective to CalChiro and the chiropractic profession. She is dedicated to serving as a role model for her millennial generation and inspiring them to get involved in the legislative conversations. She believes young chiropractors are the future of this profession and need to be mentored, given leadership opportunities, and held to a higher standard.

The Giddy Up motto is: “Life Without A Hitch!”. Let’s do that.